Rest In Peace Thou Love ...


She's in a state of shock .. He has changed into every aspect he has despised and hated his entire life .. He's acting like someone else .. Someone she never knew existed .. or maybe she had fears he would be and never admitted it to herself .. 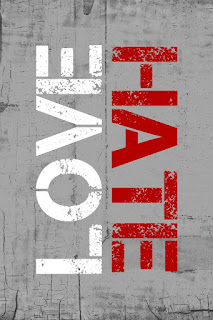 She can't imagine how a man can be that gentle and becomes a cold-hearted beast with no mercy whatsoever even within the words he utters.. He's aching, it's obvious that he is .. He's acting like he has conquered the world, when he's only destroying every little hope of them being together .. "How can someone be that self-destructive?" she keeps asking herself over and over again .. How did he manage to damage the only real bond he had with a woman? Why is he giving up on the only thing worth fighting for? How can a man forget years and years of his life by taking one decision within hours?! .. Could it be? Can someone love for just the sake of waiting to be loved the same? A million thoughts are racing in her head, unwilling to leave her alone ..

She doesn't care whether he comes back or not anymore .. She just pities him .. What she felt towards him was more than love .. She held him within her soul like a mother, she kept him away from harm whenever he called .. He was her first priority in everything .. He even cried himself to sleep for not being by her side .. She seeked no help other than his .. She still drowns in his eyes by the thought of it .. She sees right through him, unfortunately it was something he wasn't pleased of ..

"How can a sane person declare his own death that fast?" she wonders .. She has never felt that helpless in a long time .. She can't believe the person she loved the most in her life is building all these walls just to be away, treating her like a sudden plague that's invading his mind without any glimpse of mind-over-body control ..

Oh yes, he loves her still .. It's all in his voice, it screams out loud even if he's not speaking of such devotion ..
He's a liar .. He's the most amazing liar she has ever met in her life ..
He just forgot how their hearts met without words .. He had forsaken the vibes they felt towards each other miles away ..

She knows he'll never be back, even if deep down inside he's dying for her to be by his side ..
and he knows how much she loves him, but he'll make sure to keep his distance no matter what ..


"Rest in peace thou amazing affection that has granted us the taste of sweet shivers and warm embrace .. Our love is meant to be lost, well-hidden.. For we did not cherish it enough to keep it alive.."

She ends her note and folds it away to lay by her trembling heart ... THE END.