Why is it so hard to feel whole?! .. I always wonder about that .. For me, the biggest struggle ever is to feel content about my life .. Satisfaction is a long-life goal that's very hard to achieve .. It's so easy to tell someone what to do, although you've never tried to be in his/her shoes .. It definitely hurts when you hear someone is totally inconsiderate to what you have to say .. That's why I truly believe that not all of us can handle a crisis when it happens .. No one is actually capable of helping others 100 % .. I'm not saying they're not trying either; I just think that not everyone is experienced enough for such matter .. 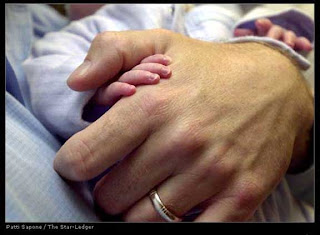 At some points in my life, I feel like I'm an ill person who only relates to the people who suffer as much as I do .. It's like I've never taught to be living healthy .. Some call it the lack of enjoying the moment and some think I just love being a victim .. But, what they really can't grasp is that you get used to such feeling of incompleteness .. It becomes the only familiar feeling you've ever experienced .. It's like everything is upside down and totally feels right at the same time ..

Normality is really a relative term for people like me ... I actually can not define the word .. It was never in my dictionary .. And please don't think I'm saying this because I'm some kind of a super hero; No, I'm not! .. I'm nothing but a hard worker who's not particularly good at something .. Some think I'm a Nerd or something, but I'm actually not at all .. I neither read that much, nor I'm a scientist .. I'm just a woman who listens to what her instinct has to say .. I totally go with what I feel .. If I don't know how to do something, I declare it out loud .. I admit I don't hold the best degrees in the country, but I'm a fast learner, specially if I'm interested .. That's just who I am; I love to be passionate about something!

I live in a state of ups and downs .. My world isn't like anyone else I've known .. I certainly relate to some friends, but no one is really around .. I confess I've pushed so many people away .. That's only 'cause I hate feeling sorry for myself and that's what they give me the most .. I constantly hear the words of, "Ma3lesh .. Be patient .. Pull yourself together .. Stop complaining .. Just move on .. Everybody have problems... etc." .. I hear them when they simply feel they can't offer much .. I'm not trying to be arrogant here .. I'm just saying that I really appreciate the gestures and everything, but please be yourselves people .. You're not obliged to be comforting when you don't know how .. When I need the help, I'll ask for it .. A lot of people just look for someone to listen .. If you think you'll absorb the energy, then sincerely apologize that you can't listen and don't walk away .. No one hates anything in the world more than feeling neglected and totally ignored for the sake of having some dark moments .. Try sharing things more often, you'll be surprised of the outcome .. However, don't come direct about it .. Don't ask someone by saying, "How are you feeling now? .. Or, Are you better?" because, mainly, they are not .. At least, choose the ones who would expect such questions ..

I guess what I'm trying to say is, please try to be a little bit considerate when you approach someone for emotional help .. As much confusing as it is, be supportive by any means and remember that every single word that you utter from your mouth counts .. It really does .. Even if you think it's nothing .. Believe it or not, we're all sensitive in our own ways .. it's just a matter of how high and how low ..