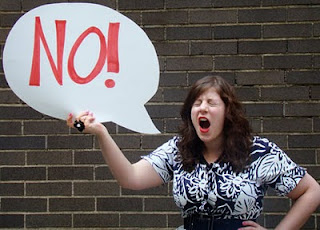 
Each day we wake up with a purpose. We pray for the best to come and work our socks off to achieve what we’ve always wanted. Yet, several occurrences come into our way, guiding us to take decisions that we never thought of living in someday. We’ve all been through this throughout our entire lives, despite the year plans, goal settings, or any sort of oriented achievements. However, the only problem we all have in common is the urge of “Saying NO!” When we grow older, we tend to neglect the things we like; we even forget ourselves most of the time. We become incredibly blinded by the nerve-wrecking responsibilities, forgetting they were our choice in the first place. Please don’t take this personally; try to picture your life through the past years and give it a name. Try to define it, or even try to describe it. Now, think of what you’ve encountered for a moment and ask yourself; Is that what you really wanted?!

I know it’s pretty hard to change the life you’re living. In fact, if it were always easy, you would not have earned it. That’s a definite law in life; you got to bleed to get feed. It’s when you fall and pick up what you’ve lost. It’s when you try to win something over and over again. It’s simply when you fight for something you are passionate about, more than just doing what you do best. Then again, there are plenty of obstacles out there; I don’t deny that fact. What I’m truly against is how you give up on it, and it’s not just me who dislikes such a stand of abandonment. We all long for such honor and respect, yet only few of us who does that. But to get a hold on what I mean, let us review some of the situations that require that infinite ‘NO’ I’m talking about.

Say No to Frustration
Do not let anyone fool you down whatsoever. If someone dislikes what you do, he/she will do nothing but frustrate you. Frustration is quite a disease in this country, unfortunately. The only reason behind delivering such energy is pure and endless jealousy. Yes, my friends! A frustrator do not wish you success or is willing to present a good critique, however all he does is pulling you under his roof. Although, it just happens unconsciously most of the time. Frustrators tend to see the bad side of the story. It’s sad, I know, but true. So, what should you do with such a crusader? I say, the only solution is ultimate neglection. If someone is smart enough to deliver a message, then embrace it gracefully. Otherwise, just pull your muddy ear all out!

Say No to Negativity
Well… well… well… We’ve got a dilemma here, who hasn’t! Usually, if you’re spending too much time in your dark sides, you have to take care of that monster. Negativity is something that simply attacks you any time, anywhere! It’s the tiny little voices that grow into your head and start sucking the life out of you. It’s whenever you start thinking good about yourself, then you find a huge wall that stands out all the bad traits that you have in you. It’s when you say to yourself, “Let’s do this,” but then you start crashing down, down, down. The only way to conquer such monster is by determination. The only way you’ll get through this, is by knowing you can defeat it. The moment you feel the curve is low, start motivating yourself. Think of all the accomplishments you’ve made; not only the big ones, the tiny ones as well. Believe in the power of positivity and how God is always kind. You have to be certain that nothing stays the same. Just remember, “This too, shall pass!”

Say No to a Typical Norm of Life
I have this term that I usually use for a person who chooses the easy way of life. I call him an “Afandi,” and please don’t laugh because I’m honestly not trying to pull a joke here. Would you think about it for a second? What does this term mean to you? A guy/gal who lives a daily routine of repetitive actions that occur with eating, sleeping, and watching TV. He/she grows up, gets married, have kids, pay bills, goes to Gamasa or Marina (depends on which class you belong to, yay!) for the summer, and that’s it! He/she neither has a vision in life, nor dreams of having one. They kill their souls by boredom, loneliness, laziness, routine…etc. however, to cure such illness is not that hard. By applying few steps, this person can quickly change in days. Just allow him/her to meet up with new friends, read an interesting book, join a good cause, and they’ll completely change in no time. Believe it or not, deep inside, they crave for someone to pull them out of such typical phase; they long for having something meaningful in their lives. They dream of being highly influential and sophisticated. And if you’re the one who seeks change, then do us all a favor and start interviewing yourself every now and then. You’ll be surprised of how much information you’ll know about YOU!

Say No to Showing Off
For god’s sake people, please don’t underestimate anyone! Arrogance is one pitiful aspect that people can feel sometimes when they’re good at something. I admit, someone can develop this trait unconsciously. But, please grow out of it very quickly. Just remember you’ve been in others’ shoes once in your life. There were times when you needed a boost, a hand, an opportunity; anything, you name it! A person doesn’t live long by how much he/she has; it’s by how many good deeds they’ve made and given to those who surround him. Be humble, and remember that we all live under one sky and walk on to get buried under the same mud, the same earth. Know that a person will love you for who you are no matter what. It’s not the materialistic gears that count, it’s what the one who provides them and endlessly works to get them in the first place. This person is a decision-maker, just the same as you are. I know we’re not equal in many things, but you will NEVER know who is in the highest rank! Bear in mind, it’s not your call to decide that. And if you sincerely think about it, you’ll get assured that this person is one of your life’s greatest encounters that God has sent you. People are just gifts sent from above; consider this thought and act on it.

Say No to Mind Manipulation
A famous example for such factor, and I guess we all know that already, is our national TV. I think this would give you a clear hint of what I’m trying to present here. Do you know when someone tries to convince you of something that you’re not? Did it ever occur to you that you’ve recently resigned because of someone who led you into thinking you’ve done a terrible job? Have you experienced a bad day with your child at a toys store? These, my friends, are nothing but different situations that utterly happen because of one reason: ‘Manipulation.’ It’s when your mother talks you into buying her new shoes (that’s for a good benefit, though!). It’s when your colleague fakes his/her illness, in order for you to step up and be the good guy/gal. It’s when your child keeps crying for hours, just for the sake of not completing a school homework. Manipulating one’s mind is the sickest, most intelligent work of art that mankind has encountered for centuries. Do not give in to the dazzling shops at the malls or the advertisements that sell you things you don’t need. Just remind yourselves or what’s important. I don’t care if you write it down on every wall in your entire house, keep repeating it everyday, or write a song about it for a replay; you MUST indefinitely ‘Say NO’ to this one! Stick to this principle, and please try to develop your own opinions. Think everything you receive thoroughly, and finally pray for the best to come because it’s almost the Devil wearing Prada most of the time!

I know many of you find it so hard to ‘Say No,’ but you have got to think it through. No life exists without hardships. In fact, you will only become lifeless, helpless, and aimless. Only the ones who are determined make it through, and only the ones who hugely succeed, speak of nothing but faith in your determination. Do not force yourself into accepting things you’re not willing to maintain. Explore yourself, get to know it very well, only then you’ll be able to survive the constant battles of wills. We’re all better than how we usually lead our lives; we’re the ones who should spread the essence of birth, not the opposite!