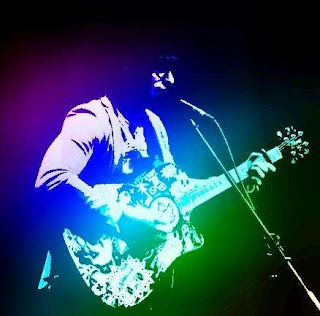 Rashad, who’s known as Rash Radio, is one of those guys you wish you can always stumble upon. He’s funny, he’s talented, he’s well-educated… he’s simply all what you fancy in a real artist. His music is genuinely coming from the heart, so as his performance. Winning the Nokia Music Festival Pop Solo award in 2008, has shown the world what he’s really made of. You’re definitely missing out a lot if you haven’t heard him sing before. Embrace yourselves with an ‘Irish Coffee’ and tune in to one of the finest artists Egypt has ever known. To check out his tracks, go to myspace.com/RaShRadio.

Rashad: I can only speak to what I do. As to "whom" that is something that every single person is trying to figure out. Whether through a method of self-expression or by simply asking questions; it's an ever changing, never ending journey.


MM: When did you realize that you’ve got it?

Rashad: I don't think I really felt like "I Got It" until I took a trip to New York to try and pass my demo around. Then, got a call back from a record label telling me, they loved my stuff. The same label produce records for artists, like Radiohead, John Butler, Lisa Hannigan, David Gray, and many others. So, even though it didn't get as far as getting a contract, the recognition was more than enough for me at that point.


MM: What is your music generally about?

Rashad: There's no generalization to what I write about, really. Some days, it's about life in general, other days it's about super heroes, video games, and pandas making love!


MM: Which genre do you prefer and why?

Rashad: Jam Band. Mostly ‘cause it combines all the genres; from Acoustic, Blues, Rock, Funk, Bluegrass, Jazz Fusion, to World Music. So, no matter what mood you're in, you'll find a song that goes with it.


MM: What inspires you to come up with your music?

Rashad: Anything and everything. It's kind of like how your brain processes dreams. It’s a mash up of stuff you see, feel, or experience. It's never expected, can't be planed, and rarely makes sense. 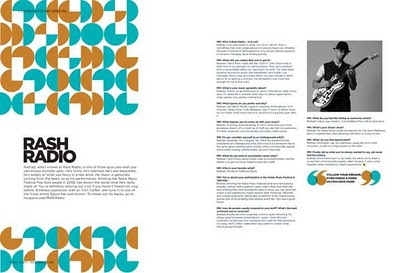 MM: Do you consider yourself as an Underground artist?

Rashad: Generally, Yes. In Egypt, No. I think for someone to be considered an Underground artist, there has to be someone else in the same genre, and the same country who's commercially signed, and actively touring. Unfortunately, we don't have that.


MM: What do you wish to accomplish career-wise?

Rashad: I don't know about career-wise accomplishments, but the dream is to get my music heard around the world.


MM: Who is your favorite artist?


MM: Tell us about your participation in the Nokia Music Festival & TEDxNile.

Rashad: Winning the Nokia Music Festival came as a real surprise, actually. I almost didn't audition, since I didn't think that that's the kind of thing they were looking for. Goes to show, you can never tell where a real opportunity might present itself. Moreover, TEDxNile was a great experience. Being able to perform at the Opera House, and be part of an amazing international event like TED, was a great honor.


MM: How do people usually respond to your stuff? What’s the best comment you’ve received?

Rashad: People are often surprised, which is quite refreshing. It's always great to exceed expectations I guess. I think the best comment I've had was from someone who told me that listening to my song, ‘Irish Coffee,’ makes their day better no matter what they're going through.

Rashad: My dream show would be opening for The Dave Matthews Band in Central Park, then jamming with them in a tune or two.


MM: What do you feel like telling to wanna-be artists?

Rashad: Follow your dreams. Even Ke$ha & Paris Hilton have fans!


MM: When do you feel appreciated?

Rashad: Whenever I get any feedback, especially from other musicians, or get my songs played on the radio.


MM: Finally, tell us what you’ve always wanted to say, yet never had the chance.

Rashad: Don’t have much to say really, but allow me to share a quote from a Roman philosopher called, Seneca, "Luck is what happens when preparation meets opportunity."