Sensitive & Trying To Deal With It

Her mum told her a very strange phrase today.. Never thought she would ever tell her a phrase like that..

She knows it's been hard living with each other lately, but she just stroke her when she simply shouted at her while having a discussion, " You don't love anybody!"


"How can she say something like that?! It really hurts," she said.. It's not that she believes her, but it's just the thought that her mum can think of her this way.. It's really strange..

"I don't love anyone 'cause I don't accept people treating me like s*** ?? .. Do I have to accept their ignorance just to win their love?!" She was really astonished by her words..

You may think she's exaggerating or something.. Maybe, but she's just stating what she feels.. Isn't it at least her right?! .. "Why is it always so hard to state what you think?! And when you don't, you receive the worst comments anyone can hear of," she thought to herself..

Sometimes she feels neither her silence, nor her opinions matter to anyone.. Specially to her mum.. "She thinks I'm a smug :) Yeah, she does.. I believe, despite her motherhood, she really hates me.. Nothing pleases her.. She keeps asking me to treat her as a friend and confide in her, but she just can't help it.. Whenever I tell her something, she blasts at my face! By then, I choose not to deal with her to lighten things up, but she doesn't understand this and I keep in this cycle all over again.." she says while thinking she can never tell her she doesn't like talking to her.. 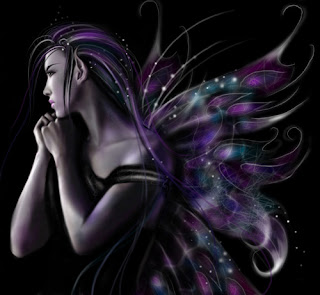 "God knows how much my heart aches 'cause we're not close enough, but I just can't get along with her by any means.. She just doesn't know what she wants.. She wants me beside her and at the same time she wants me to get married as fast as a lightning! She keeps praying for me to leave the house and at the same time gazes at me and says, "God only knows what I'm going through..." What shall I do then?!" she wonders..

She always feels stuck in between.. She's usually the neglected one, she's usually the one who gets crushed when something bad happens.. Don't think she's trying to change what ALLAH, the all mighty has written for her, she's just expressing her case, wondering what is in the cards for her afterwards :)

"Maybe that's why people get away from me most of the time or don't hang out with me as much.. I mean 'cause I'm a bit moody.. Naaah! I'm a lot moody!" she admits :) .. But, is it a crime that she has a heart?! .. God knows how much she struggles each day to work on herself and her inner soul.. She's not trying to brag please believe that.. She's actually very sincere about what she usually writes down in her diary..

"I know I may sound silly and unorganized, but I guess I deserve to be treated with patience.. I swear I'm not bad; I'm just sensitive and trying to deal with it.. I desperately need everyone's prayers.. I'm not afraid to admit I'm so weak right now.. Just hope someone would help me be happy a bit though.. And don't worry, I already seek refuge from the All Mighty... elhamdullah .. I just a friend would do his/her share.. Maybe... just maybe, one day I may find the sense of security I've been longing for my whole life.." she ends her words, laying down her pen and placing her diary on her bed..

She sleeps with little drops in her eyes...